Here you can find current ice fishing reports and ice conditions for 11 Mile reservoir near Lake George, Colorado.  You can also find past reports by choosing the year you would like on the navigation bar to the left.   We cover ice conditions, fishing activity, weather, and areas to be careful of.  These fishing reports are compiled first hand by our fishing expereinces and trips on Eleven Mile.  We update these reports everytime we go out or hear new, relevant information from reliable sources.  Eleven Mile typically gets its first safe ice around mid to late December depending on the year.  It is usually late December to early January before the entire lake has safe, fishable ice.  For live, on the water fishing reports and pictures, follow us on Facebook and Twitter!

Fishing was great at first light and then the storm rolled in and the bite got tough!  The trick was to downsize everything and keep moving despite heavy winds.  We landed quite a few trout with the biggest fish being over 3 lbs.  We also threw a few tip ups out later in the day and had 3 flags, but no pike landed. 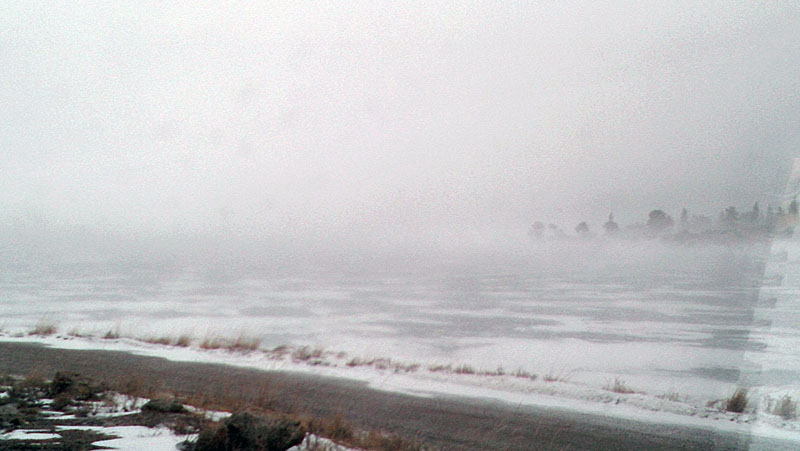 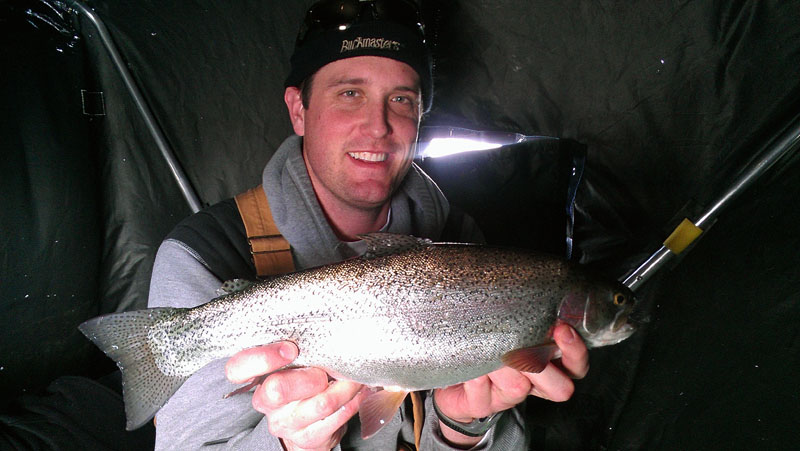 On day 4 of my trout excursion with Dan and Andrew, we were focused on catching some cutthroat.  The bite was very tough this day, but we put a full day in on the water and ended up landing 3 snake river cutthroats and at least 10+ fish!   On the last day of our excursion we were looking for some bigger rainbows (4 lbs+), and ended up catching close to 25 fish with the biggest fish going about 2.5 lbs.  Andrew also caught his two biggest Colorado pike and one of them was our pet for a little while!  Eleven mile has been tough at times, but experimentation and persistence has been paying off and the chance of latching on to a lunker is ever present!!!  There is about 4 inches of annoying powder snow on the ice and cleats do help with traction. 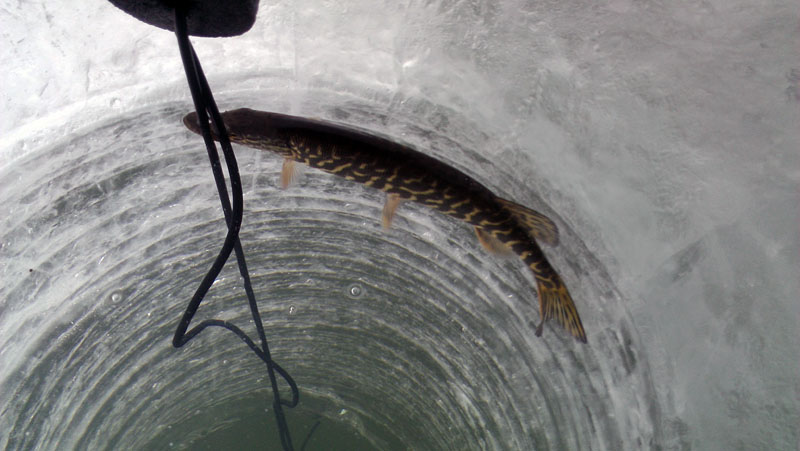 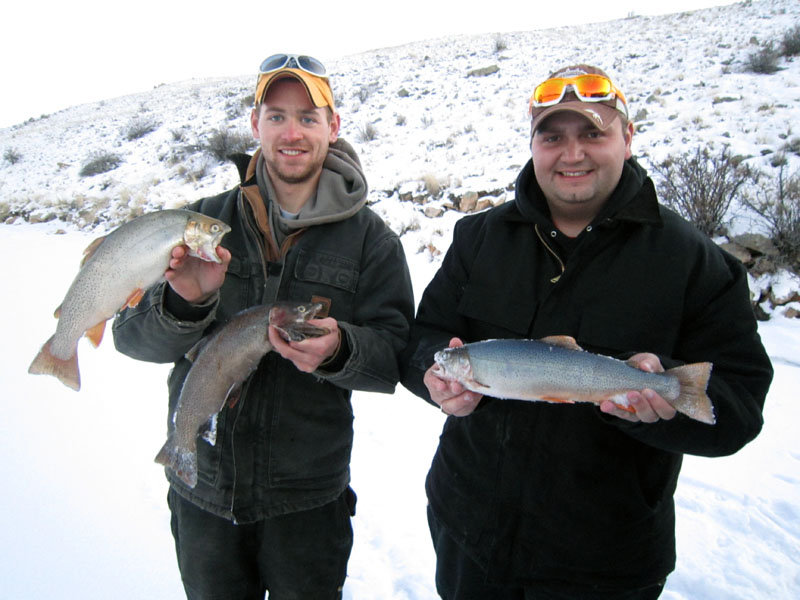 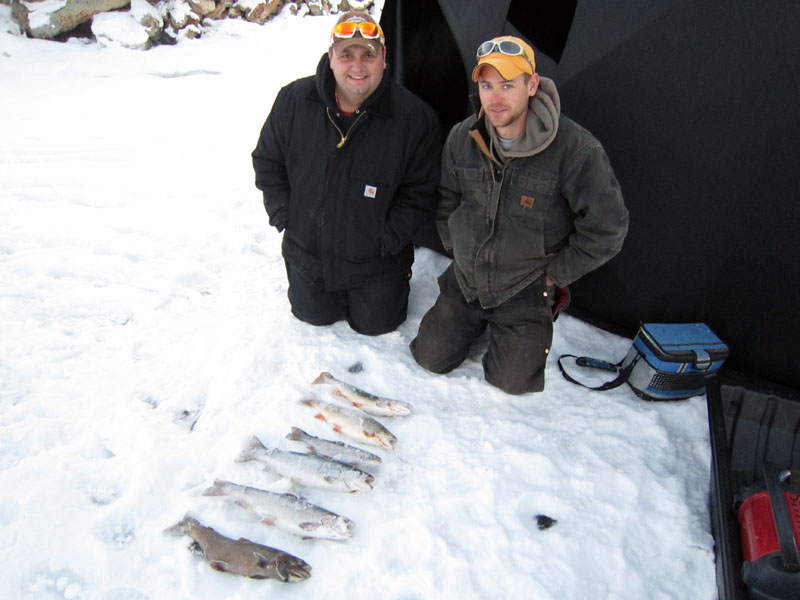 The trout bite has grealty improved as we move away from this full moon.  The full moon doesn’t always mean bad fishing, but it typically changes the pattern by pushing the bite later into the day, changing the effective technique, or by altering a multitude of other variables.  The trounament yielded some very impressive catches in all three categories by some very talented ice fishermen and ice fisherwomen!  The largest trout landed was 6 lbs 8 ounces, one limit of salmon was weighed, and a fourteen pound pike were the highlights of the first leg of the 11 Mile Colorado classic tournament!  Keep fishing hard and if you land a trophy, email us a pic and we’ll throw it up on our facebook page!

A lot of Eleven Mile’s snow blew off the lake last week.  Some areas still have 4-6 inches of crusty snow, but towing has gotten a lot easier.  Fishing has been good overall, but the fish have been moody on certain days as this full moon approaches.  Eleven mile is producing some nice fish this year, but whether or not they feel like biting depends on the day.  When I get denied by three fish in a row, I switch baits.  I will continue to do this until I figure out what they like.  Every day is different so don’t fish a memory with worked yesterday!  Be willing to adapt to the current conditions. 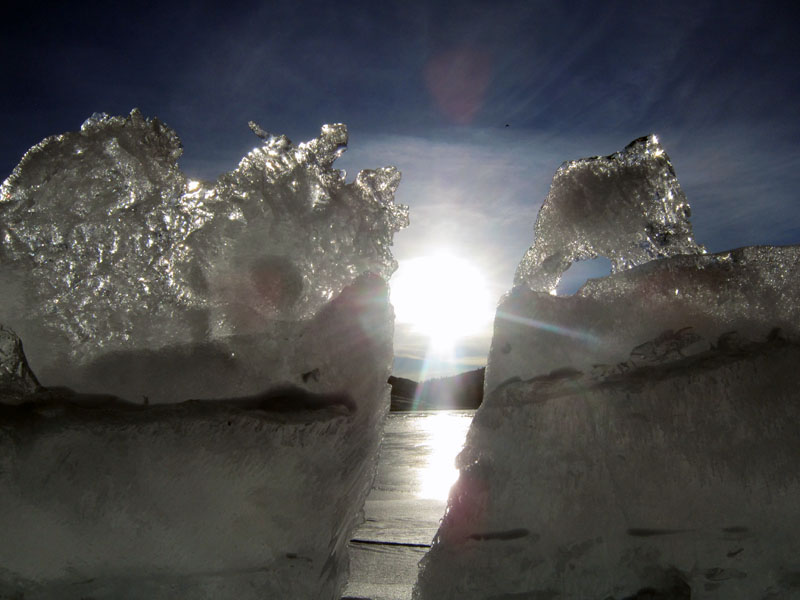 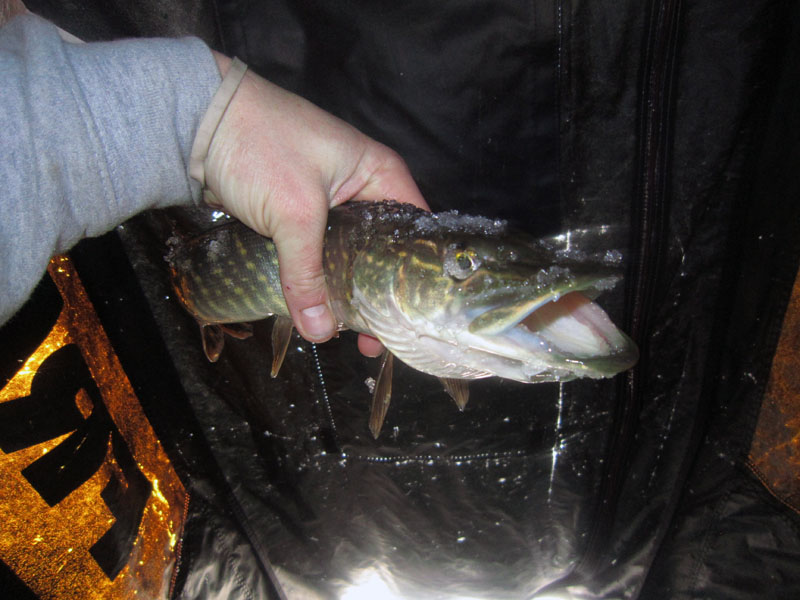 11 mile now has 8-12 inches of safe ice across the lake with 4-6 inches of poweder snow that makes towing very tough!  Fishing continues to be good for those who are persistant in changing their tactics as the fish change their preferences.  We have been finding fish in 8-15 feet of water throughout most days.  Productive baits are the same as last week with pink being the best color.  We haven’t heard of any salmon reports yet.  The occasional pike has been showing up across the lake. 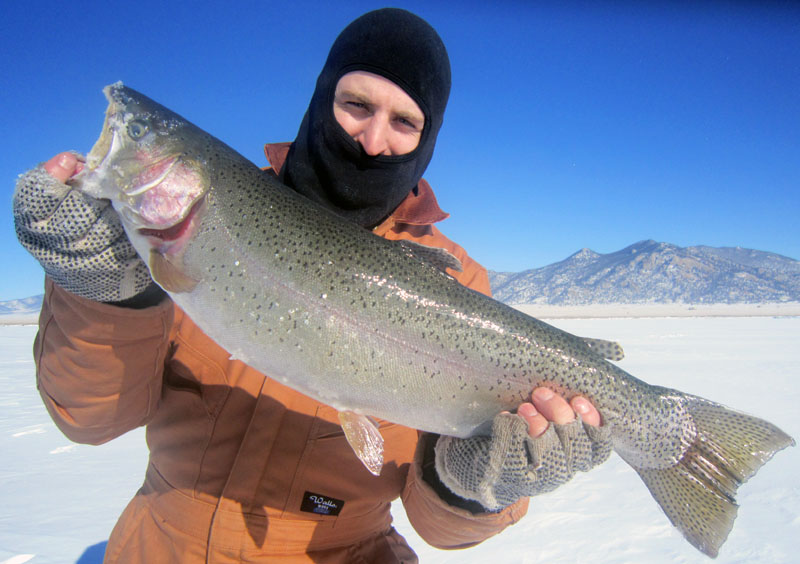 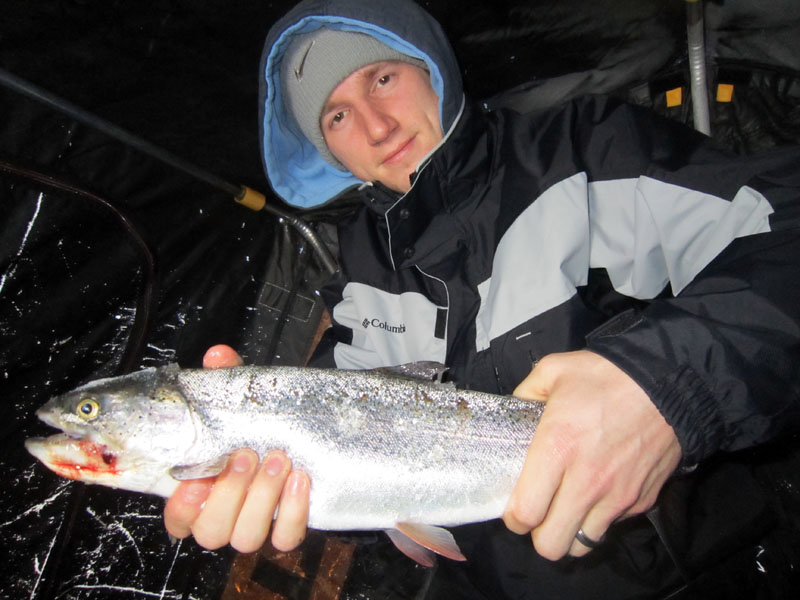 11 Mile has 3-8 inches across most all of the lake!  There are some big pressure ridges and unsafe areas that can be seen from a distance, so be careful!  Fishing has been hot and cold with the majority of anglers saying that fishing is on the slow side.  We got out on the ice last week and found that the morning was slow, but mid-day was hot!  That’s very characterstic for Eleven Mile!  Fish were hitting a variety of pink, orange, green, and  white in typical baits such as shrimpos, kastmasters, marbious, and small ice jigs.  All of these fish were CPR-ed (Catch, Photo, Released)!!! 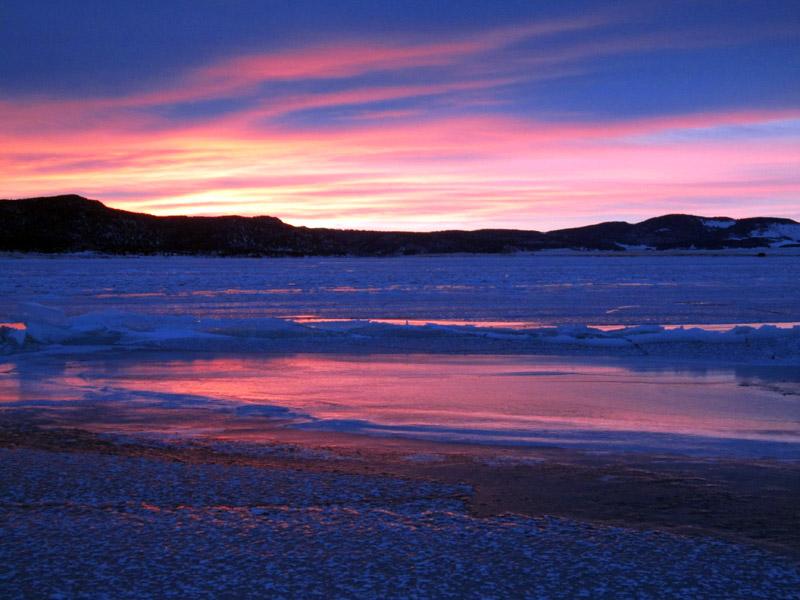 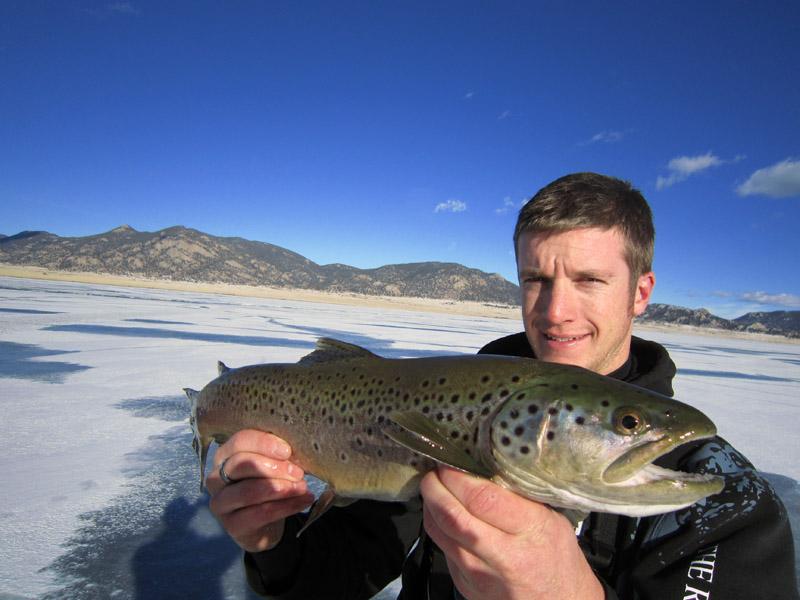 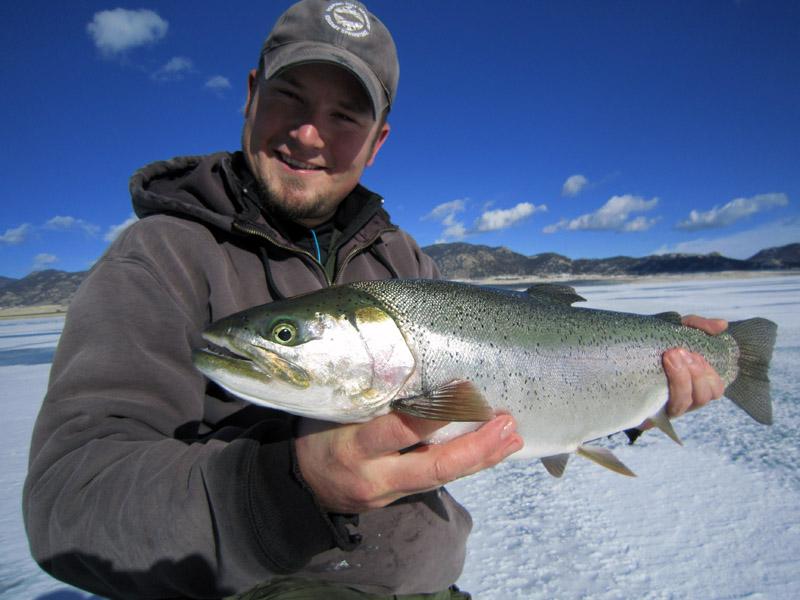 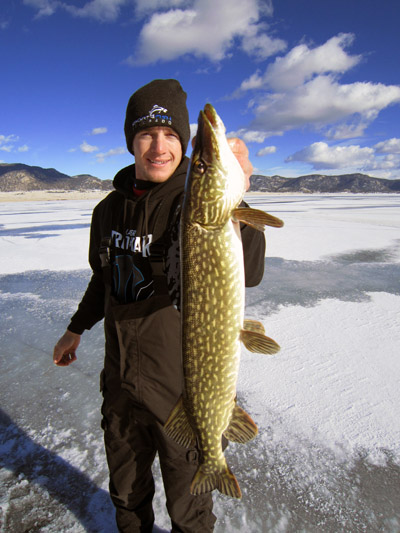 11 Mile has ice on many of the coves and shorelines, but there is very little, if any safe fishable ice.  This should change with the upcoming cold snap!